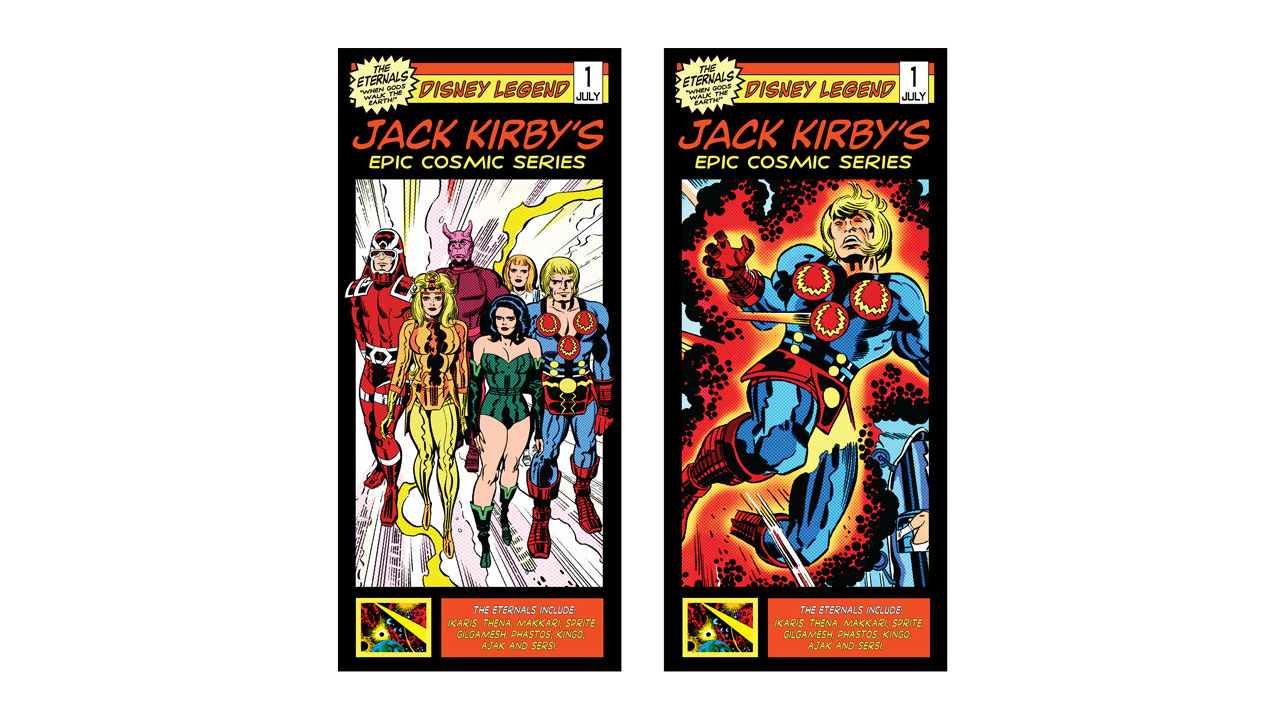 For a limited time, Walt Disney Presents at Disney’s Hollywood Studios® is celebrating “The Eternals” and Jack Kirby, the creator of the popular comic book series.

Guests visiting “The Eternals” – Jack Kirby’s Cosmic Series can catch a glimpse of the original print issue #1 comic book that started it all.  Unique photos and artifacts inspired by Jack’s process will be on display.  And, this cosmic experience also includes a photo wall where you can pose with a few of the many characters from ‘The Eternals’ comic series.

Every year comic book fans around the globe honor the late Disney Legend, Jack “King” Kirby on his birthday, August 28th.  What a great way to celebrate this year!  Drop by the Walt Disney Presents attraction in Animation Courtyard at Disney’s Hollywood Studios.