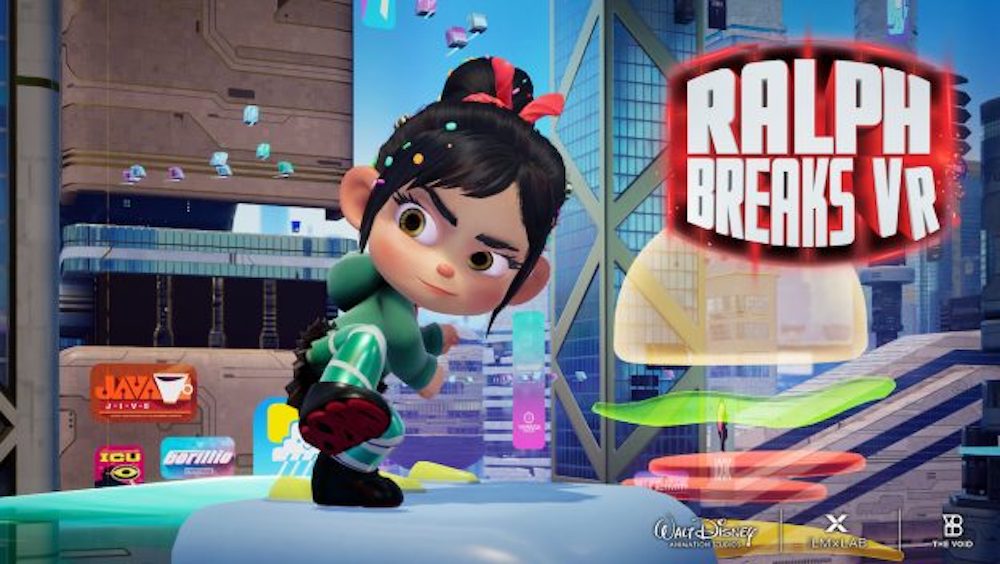 Earlier this year, Disney announced that Ralph Breaks VR, a one-of-a-kind, hyper-reality experience by ILMxLAB and The VOID based on the upcoming Walt Disney Animation Studios film “Ralph Breaks the Internet,” is coming to Disney Springs® and the Downtown Disney® District. Now, we’re thrilled to share that this new adventure is ready to launch and tickets are available for purchase!

Beginning Nov. 21, 2018, Ralph Breaks VR will put Guests inside a new multi-sensory Disney adventure where you’ll be immersed in the internet world of Ralph Breaks the Internet. In teams of four, Guests will break into the internet with Wreck-It Ralph and Vanellope von Schweetz disguised as characters from the film called “Netizens” to play the newest, coolest video game ever.

“There is nothing more magical than stepping inside a rich animated world – especially one filled with color, life, humor and delightful characters as is the case with Ralph Breaks the Internet,” says Vicki Dobbs Beck, Executive in Charge at ILMxLAB. “Ralph Breaks VR is an experience that brings a smile to your face and the desire to have another go around with friends and family.”

“Designing the elements that pull you irresistibly into the unique world of Ralph and Vanellope has been an incredibly fun process,” said Curtis Hickman, Chief Creative Officer and Co-Founder of The VOID. “What we’ve created together with ILMxLAB is an astounding adventure that allows people to experience a unique extension of Wreck-It Ralph’s detailed characters, environments and stories.”

To experience The VOID, guests must be at least 48” tall and 10 years old at both Disney Springs and the Downtown Disney District.

Star Wars: Secrets of the Empire, ILMxLAB and The VOID’s fan-favorite experience which launched last winter, will continue to operate but the specific schedule varies by location. For more details on experience availability and to purchase tickets for your Clients, please visit TheVOID.com.