If you love Disney, 2018 is a great year to visit. Here are the top five reasons why.

In May 2017, Pandora: The World of Avatar, inspired by James Cameron’s movie Avatar, opened to much fanfare at Disney’s Animal Kingdom. It is Disney’s biggest expansion since the addition of New Fantasyland at the Magic Kingdom. The land comprised of floating mountains, lush flora, winding streams, and two new rides is a beautifully executed new addition to the park. At night the new land is mesmerizing, as a mixture of real and man-made plants creates a host of special effects. 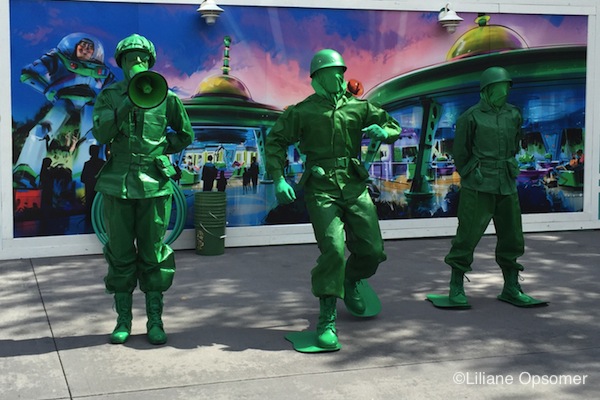 Over at The Studios, the 11-acre Toy Story Land, the first new land at Disney’s Hollywood Studios in more than 20 years, is set to open in the summer of 2018. The idea of the land is that guests have been shrunk to the size of a toy and placed in Andy’s backyard, where they get to play with the other toys that he’s set up. The new land’s rides, Alien Swirling Saucers and Slinky Do Dash, are designed to appeal to young children, which is good because the park has needed more such rides for years. The existing Toy Story Mania! attraction will be incorporated into the new land. 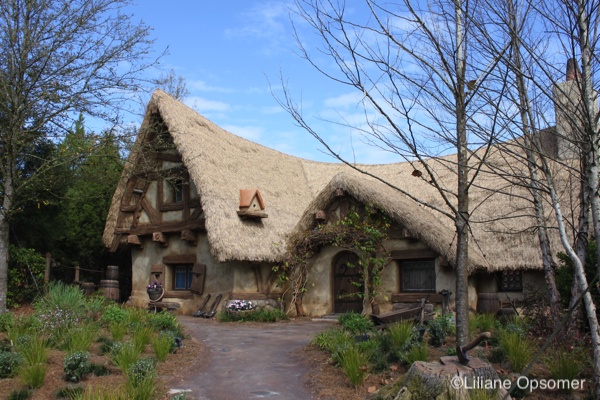 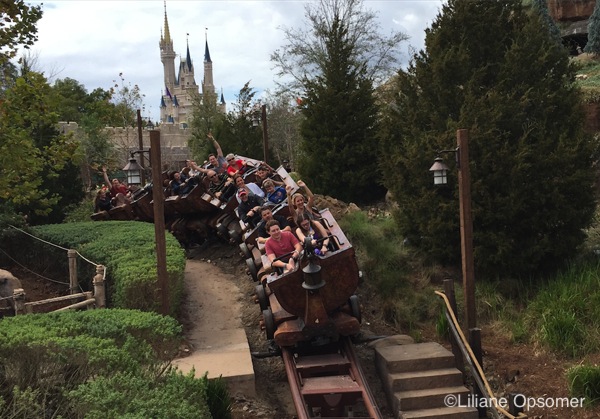 At the Magic Kingdom, the Seven Dwarfs Mine Train roller coaster is so popular that it still sees long lines as soon as the park opens, as does Enchanted Tales with Belle, the multi-scene Beauty and the Beast experience. Classics rides such as Peter Pan’s Flight, Dumbo, It’s a Small World, Pirates of the Caribbean, The Haunted Mansion, Splash Mountain, and Space Mountain make for a jam-packed day. 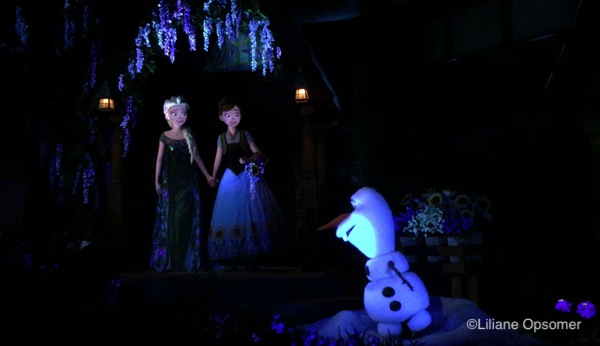 Epcot (now 35 years young) was taken by storm by Anna and Elsa of Frozen fame when Disney opened the Frozen Ever After ride and the Royal Sommerhus meet-and-greet inside the Norway pavilion. But there is more to Epcot than Arendelle. 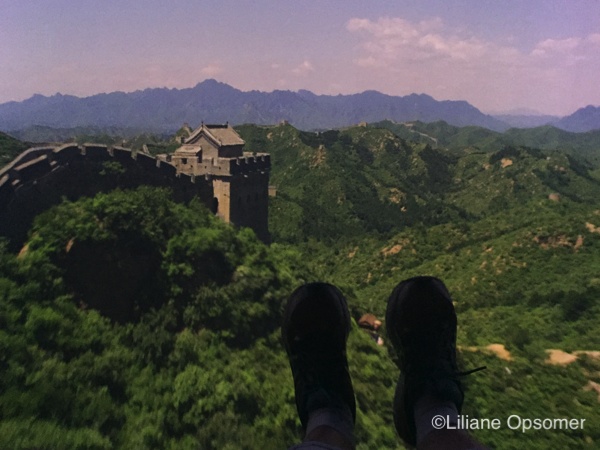 An amazing new version of Soarin’ opened in that same summer, and guests can now go on an epic journey that spans six continents. IMAX-quality aerial images of the world are projected all around riders, and the flight simulator moves in sync with the movie. Even though the ride’s capacity was increased by 50% when Disney added a third ride theater and a 4-D projection system, it is safe to say that its popularity also soared. 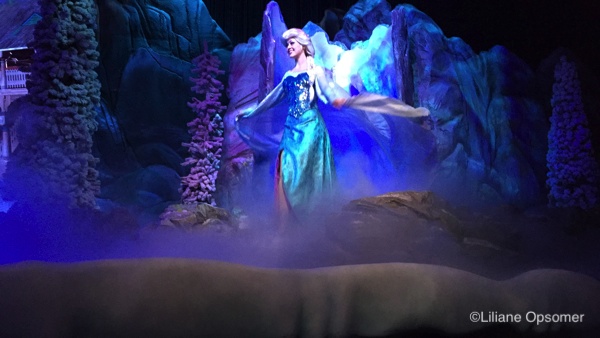 The Frozen fever has also spilled over to Disney’s Hollywood Studios, where guests participate in For the First Time in Forever: A Frozen Sing-Along Celebration, a fun, interactive show held several times a day at the Hyperion Theater. For more Frozen fun, meet Olaf (the summer-loving snowman) at the Celebrity Spotlight at Echo Lake.

Also at The Studios and not to be missed is the Beauty and the Beast—Live on Stage show, the Indiana Jones Epic Stunt Spectacular!, and last—but certainly not least—Fantasmic! 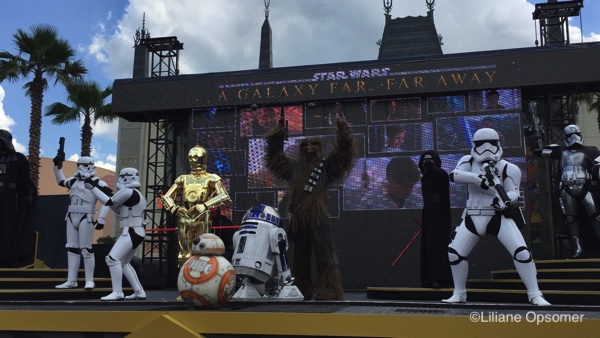 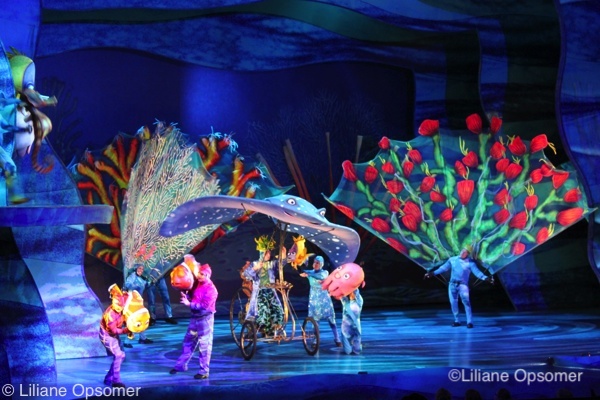 The Animal Kingdom is home to two Broadway-quality shows, The Festival of the Lion King and Finding Nemo, both worth the entry fee to the park even before Pandora: The Land of Avatar opened. 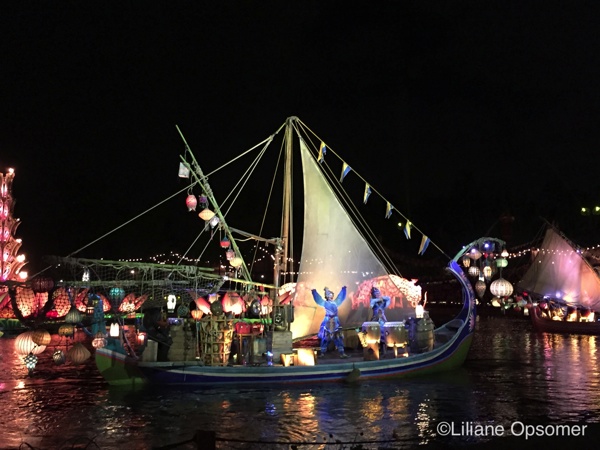 New and spectacular is Animal Kingdom’s nightly sound-and-light show Rivers of Light. The show takes place along the lagoon formed by the Discovery River and comes complete with floating animals, transforming lanterns, and laser light projections. The colors, lights, and musical score provide a soothing experience and a perfect end to a long day in the park.

At Epcot, each World Showcase pavilion has several shows throughout the day that range from a mariachi group in Mexico, to a British rock music band in the United Kingdom, and Taiko drummers in Japan. At night, Illuminations: Reflections of Earth is the closing outdoor spectacle integrating fireworks, laser lights, and music on World Showcase lagoon. Throughout December, the show gets a Christmas layover featuring holiday greetings in native languages from the 11 countries of World Showcase.

New since May 2017 is the 18-minute Happily Ever After show at Disney’s Magic Kingdom. This breathtaking show combines memorable vignettes from animated films projected on Cinderella’s castle with a stellar fireworks display.

There is, of course, the regular park fare, but there is more to Walt Disney World than hamburgers and chicken nuggets. The international-inspired menu at Pandora’s Satu’li Canteen at Disney’s Animal Kingdom is definitely different. Think beef, chicken, fish, or chili-spiced fried tofu bowls served with a choice of quinoa and veggie salad, red sweet potato hash, mixed whole grains and rice, or romaine and kale salad. The bowls are topped with sweet-sour popping boba balls and veggie slaw. Or how about vegetable steamed curry pods—bao buns served with a side of root vegetable chips and crunchy vegetable slaw.

Tiffins, also at the Animal Kingdom, is one of the best restaurants in Walt Disney World and would be right at home in any of Disney’s deluxe resorts. One of the best main courses is Wagyu Strip Loin and Braised Short Rib served with Rainbow Carrot, Roasted Peruvian Potatoes, and Chimichurri. Another favorite is the Pan-seared Duck Breast with Leg Confit, Forest Mushrooms, Parsnip Purée, Truffle Reduction, and Huckleberry Compote.

Outside of the parks, The California Grill (located at Disney’s Contemporary Resort) combines great dining with a spectacular view of Cinderella’s castle. At night, just in time for the fireworks show, the lights are dimmed and the music of the show is piped into the restaurant. Some of the best menu items are  handmade Sonoma Goat Cheese Ravioli, Colorado Bison Loin, and Line Caught Black Grouper served with Herb Gnoocchi, Sweet Corn Spiro, Golden Cauliflower, Warm Tomato Vinaigrette, and Green Garlic Pistou.

Jiko—The Cooking place (at Disney’s Animal Kingdom Lodge) is known for its South African cuisine.  Lunch with an Animal Specialist at Sanaa is another great experience available at the Kidani Village section of the Animal Kingdom Lodge. Enjoy fabulous African-inspired cuisine while learning how the animals at the lodge are cared for. Call 407-939-3463 for more information, availability, and reservations. 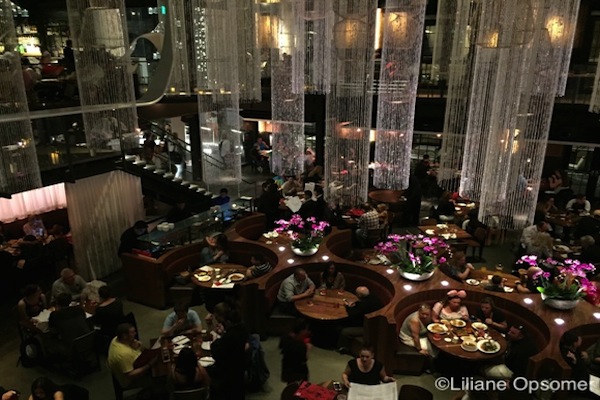 At Disney Springs, Morimoto Asia is King! From Toro Tartare to Sushi and Sashimi Pagoda, everything is fresh and the food is served in an elegant atmosphere. The Morimoto Peking Duck (for two) is a great deal and a tasty one for that.

The best table in the land, however, is at Victoria & Albert’s. Here chef Scott Hunnel dishes out high-end American Cuisine in an elegant Victorian setting. The prix fixe 7-course menu starts at $185. For the ultimate experience, reserve a spot at the 10-seat chef’s table located in the heart of the kitchen. The 10-course menu starts at $250. Chef Hunnel and his team source the market on a daily basis for the best ingredients from around the world, and the menu changes accordingly. The AAA Five Diamond Award-winning restaurant is located inside Disney’s Grand Floridian Resort.

Even in December, the average daytime temperatures are 73º in Orlando, and the chance of rain is pretty much nonexistent. In summer, even though it is hot, the two Disney water parks Typhoon Lagoon and Blizzard Beach provide the perfect relief from the heat. All Disney resorts have great swimming pools, which are heated throughout the year to a uniform 82º. Some pools stand out more than others. At the “Big Blue” pool at Disney’s Art of Animation Resort, underwater speakers play surf music and character voices from the film Finding Nemo.

The 190,000-gallon pool of Disney’s Boardwalk Resort is complemented by the Keister Coaster slide, themed to resemble the 1920s amusement park wooden roller coasters. Several resorts have zero- and reduced-depth entry pools in addition to the main pool or several quiet pools.

A trip to Walt Disney World creates memories that last a lifetime, and it is a great vacation especially suited to the needs of multigenerational families. In the parks, there is something to do for every member of the family. The resorts offer a variety of accommodations, including connecting rooms, suites, and multi-bedroom villas complete with kitchens and all the amenities a family could possibly need.

Some hotels offer free activities for the kids, while others have children’s activity centers that entertain the kids so grown-ups can have a night out. All parks have a baby care center and strollers, wheelchairs, and ECVs are available for rent.

Bringing several generations together in one place is especially wonderful during the holidays. The parks and resorts are decorated with holiday finery and special events galore, but no matter when you’ll visit a good time will be had by all.