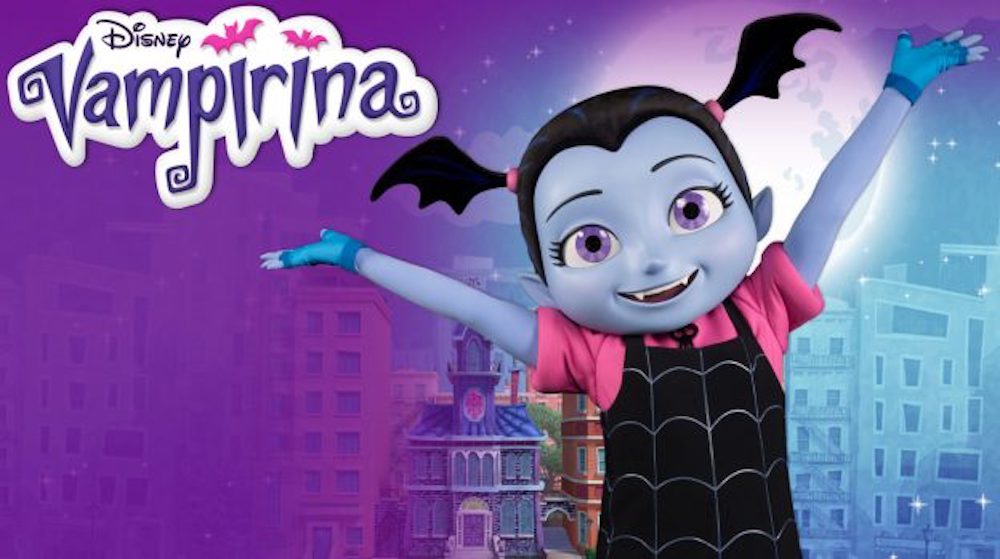 Vampirina (aka “Vee”), that lovable girl vampire from the hit Disney Junior series “Vampirina,” made her Disney Parks debut and here is a  first look at this fangtastic new Disney character!

Vampirina is stopping by Disneyland® Resort for Halloween Time, meeting fans at Disney California Adventure® Park and getting ready to make a special appearance in the “Frightfully Fun Parade” during Mickey’s Halloween Party.

Vampirina is on her way to Mickey’s Not-So-Scary Halloween Party at Magic Kingdom! During the party, you can show off your best dance moves with Vee and other favorite Disney Junior pals at the all-new Storybook Circus Disney Junior Jam.

Vampirina is bringing spooky fun everywhere she goes, from Transylvania to Pennsylvania … to Disney Parks!