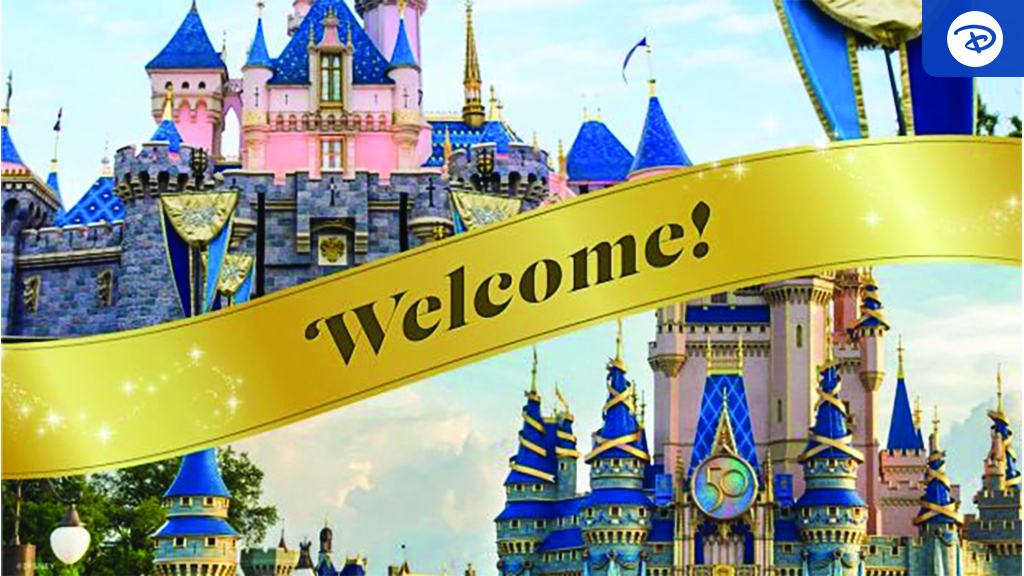 Today, the U.S. opens its borders to travelers from around the world. And our Cast Members at Walt Disney World Resort in Florida and Disneyland Resort in California are ready. To all who come to these happy places, welcome!

Our Disney destinations across America have always been a source of joy for all ­– bringing people together to enjoy happiness, hope and inspiration. So, needless to say, we’re excited to once again greet our many friends from across the globe as they return to experience the magic at Disney theme parks.

No matter where our Guests are traveling from, there are unforgettable experiences waiting for them, brought to life by our Cast Members who continue to be the heart of the Disney magic. Whether it’s a spectacular, once-in-a-lifetime 50th anniversary celebration at Walt Disney World Resort or new, heroic adventures and out-of-this-world offerings at Disneyland Resort, now is a perfect time to visit both destinations. 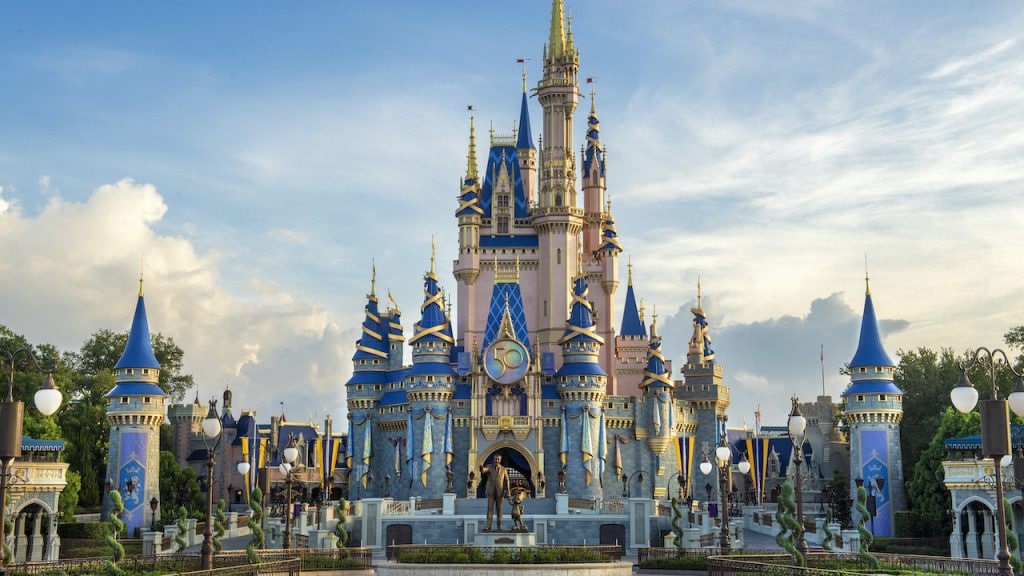 At Walt Disney World Resort, the 50th anniversary celebration is in full swing throughout all four parks and beyond. The World’s Most Magical Celebration launched October 1, 2021, and will run a full 18 months. During this once-in-a-lifetime event, Guests will discover new attractions and entertainment, magnificent Beacons of Magic, celebratory sips and bites, special 50th anniversary offerings, and much more. 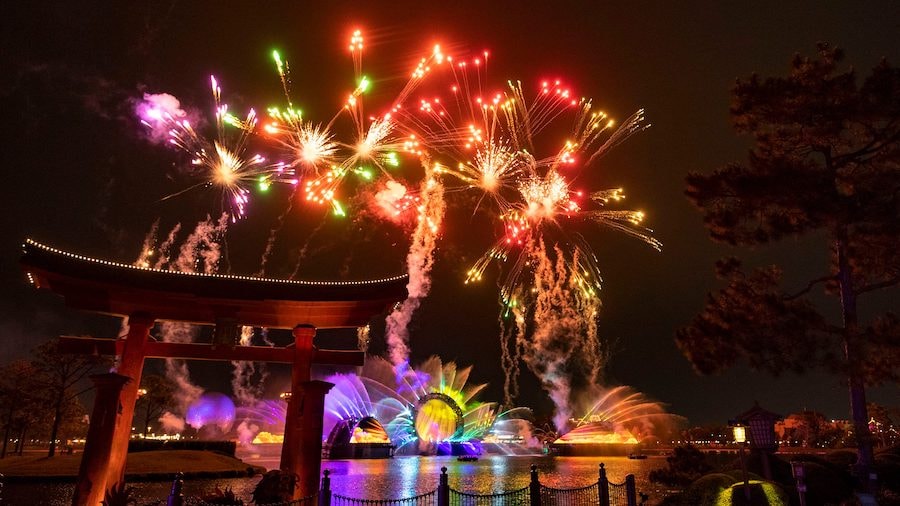 Also new is our nighttime spectacular “Harmonious” at EPCOT – celebrating how Disney music inspires and unites people the world over. It’s another big milestone in the park’s multi-year transformation. Taking place on the World Showcase Lagoon, this show is one of the largest nighttime spectaculars ever created for a Disney theme park. It features fireworks, floating set pieces, choreographed fountains, lights, lasers and more. 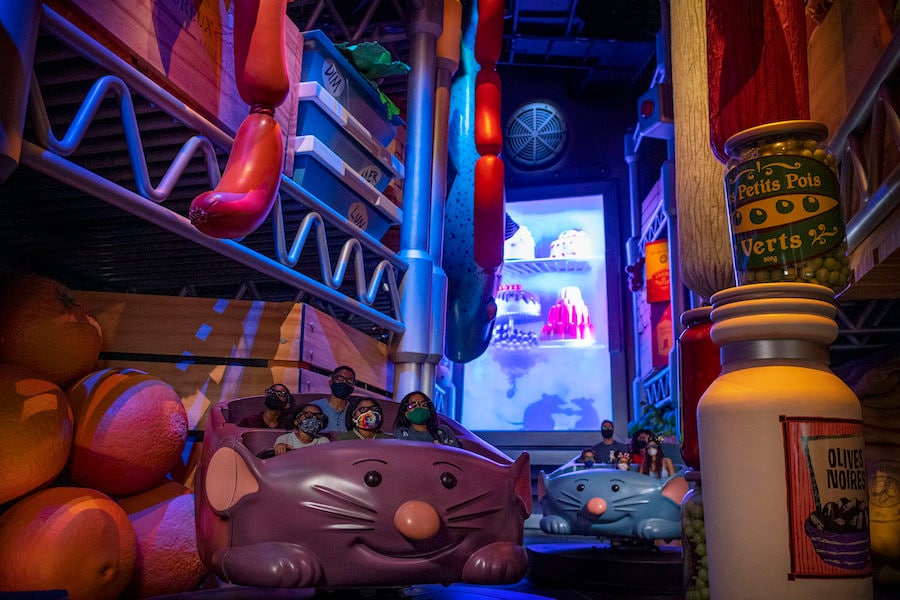 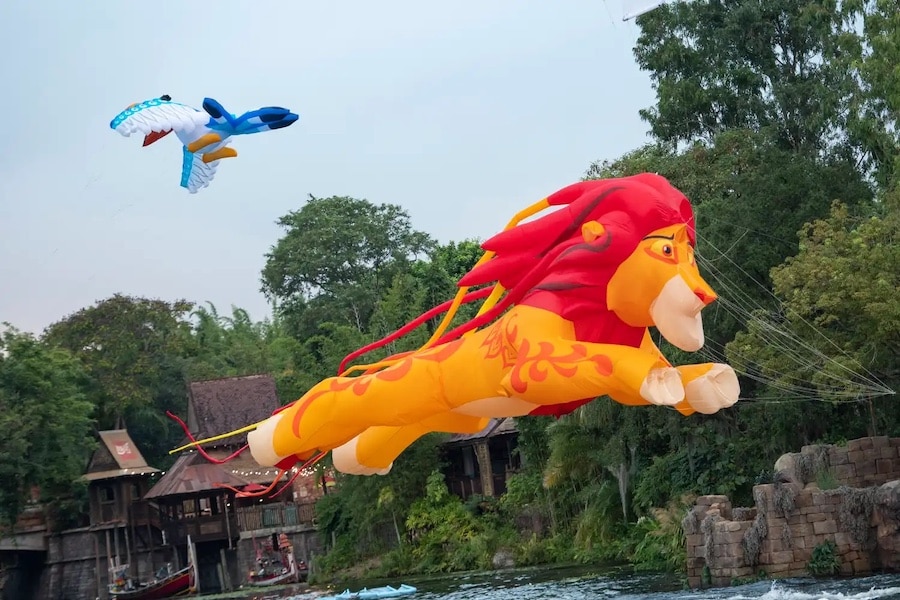 New offerings at Disney’s Animal Kingdom theme park include “Disney KiteTails” where performers fly windcatchers and kites of different shapes and sizes, including elaborate three-dimensional kites – some 30 feet long – that allow Disney animal friends like Simba and Zazu or Baloo and King Louie to soar like never before. 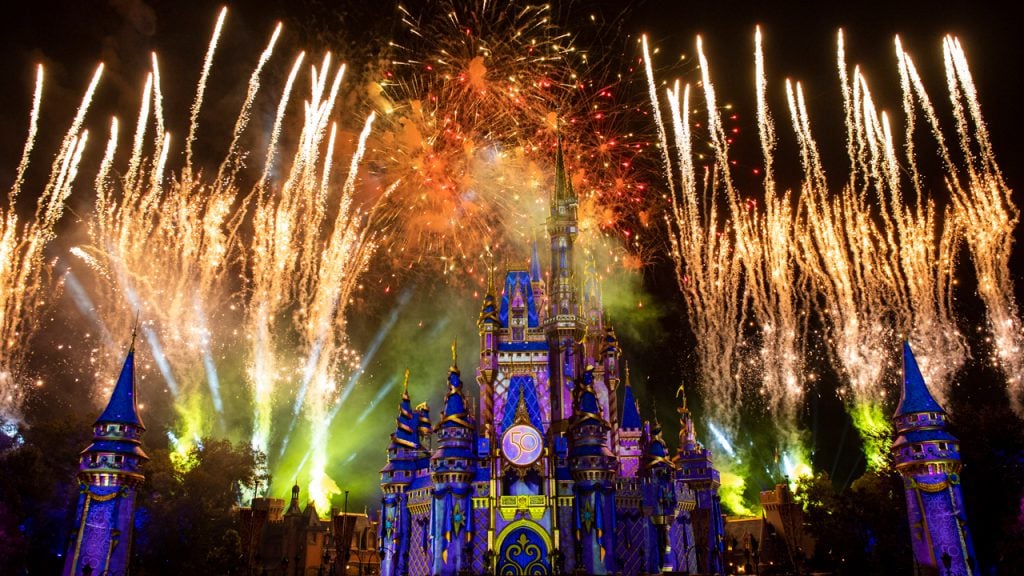 And “Disney Enchantment” at Magic Kingdom Park is a must-see that features spectacular fireworks, captivating Disney music, enhanced lighting, and immersive projection effects that extend – for the first time – from Cinderella Castle down Main Street, U.S.A. 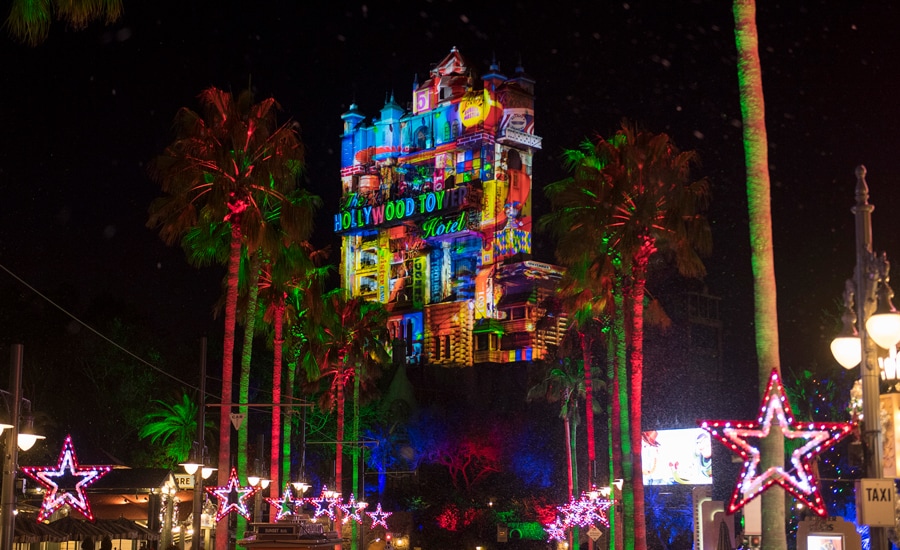 Also during The World’s Most Magical Celebration, the merriest season of the year at Walt Disney World Resort will feature festive entertainment, whimsical décor, seasonal food and drinks, and holiday-themed merchandise. The celebration begins Nov. 12.

At Disney California Adventure park, visit the all-new Avengers Campus, where Guests are invited to team up with the Avengers and their allies to live out their Super Hero dreams. The location consists of several heroic locations and the story unfolds with authentic, immersive details.

Ant-Man and The Wasp check in on the latest experiments using Pym particles at Pym Test Kitchen featuring IMPOSSIBLE. Iron Man shows off his new Mark 80 armor. General Okoye and the Dora Milaje arrive from Wakanda to train new warriors, and Doctor Strange steps through a mystic portal and into an Ancient Sanctum. And there’s more to discover!

At Disney California Adventure park, Guests can also experience the fastest attraction at the Disneyland Resort: The Incredicoaster! Step into the world of “The Incredibles” with Mr. and Mrs. Incredible, Violet, and Dash, along with Edna Mode, as Guests try to catch Jack-Jack. After their daring dash, Guests can explore Pixar Pier to experience more amazing moments with some favorite Pixar pals. 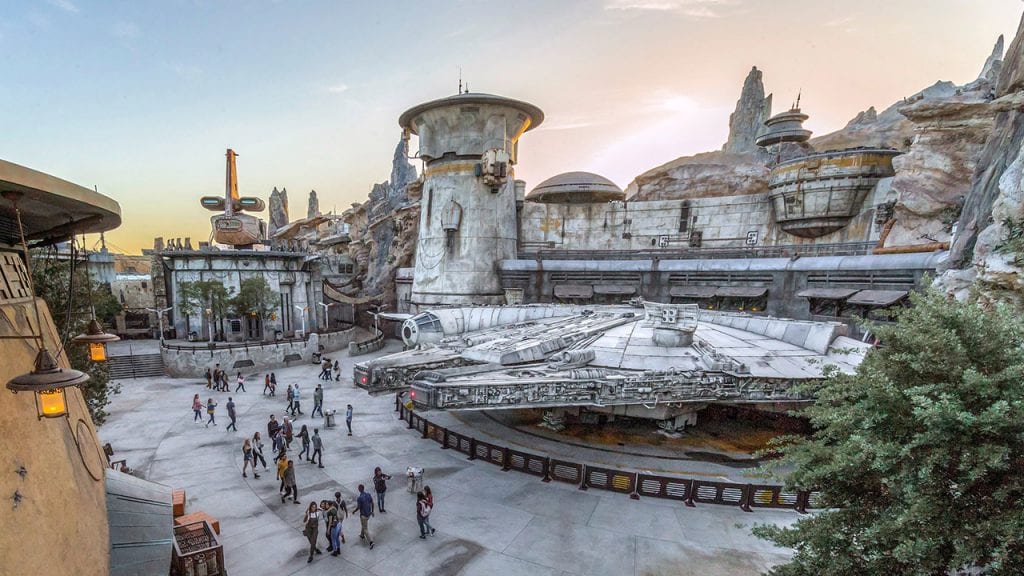 At Disneyland Park, Guests can visit the galactic outpost of Batuu and live out their own Star Wars story at Star Wars: Galaxy’s Edge (also located at Disney’s Hollywood Studios at Walt Disney World Resort). Join the Resistance in an epic battle against the First Order on Star Wars: Rise of the Resistance or pilot the fastest hunk of junk in the galaxy on Millennium Falcon: Smugglers Run. 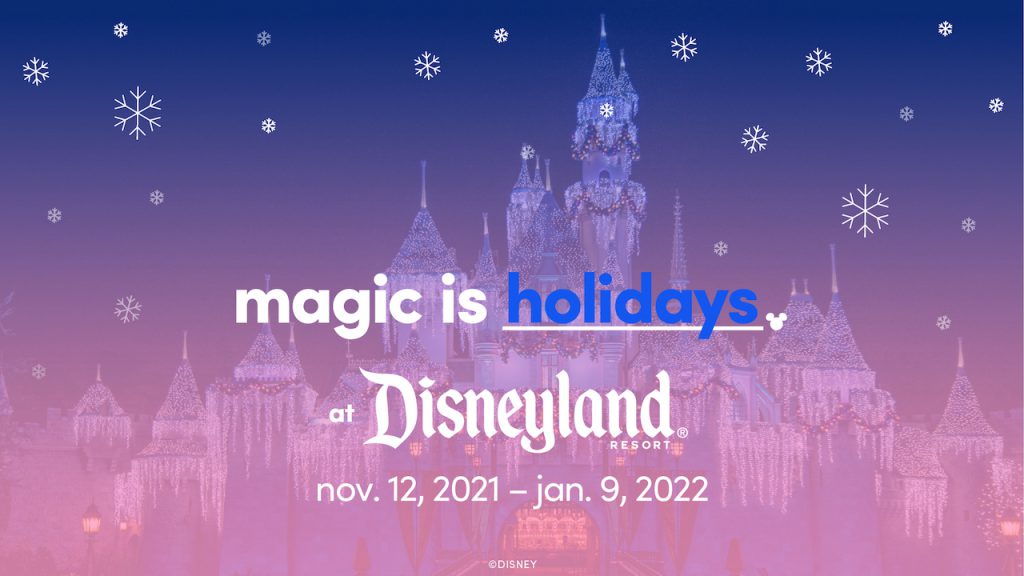 And this holiday season will sparkle like never before at Disneyland Resort as it transforms into a merry and magical place from Nov. 12 to January 9.

At Disneyland park, nostalgic holiday magic shines brightly with the glistening Sleeping Beauty’s Winter Castle and a 60-foot Christmas tree on Main Street, U.S.A. “A Christmas Fantasy” parade returns featuring beloved Disney characters joining Santa Claus for a merry musical celebration and other festive experiences that include the “Believe … in Holiday Magic” fireworks spectacular and magical snowfall over portions of Main Street, U.S.A. Guests will also delight in the seasonal transformation of “it’s a small world” Holiday and the 20th installation of Haunted Mansion Holiday.

For the holidays At Disney California Adventure park, Guests can create new memories during Disney Festival of Holidays and discover the sights, sounds and tastes of a diverse season of celebrations, including eight festival Food Marketplaces. “Disney ¡Viva Navidad!” features Disney characters hosting a fun street party with Mexican folklórico dancers and Mariachis, Brazilian samba dancers and percussionists, giant mojiganga puppets and Mickey Mouse and Minnie Mouse in their fiesta best! For the first time, friends and family are invited to enjoy a celebration of Walt Disney Animation Studios’ new musical comedy, “Encanto,” with live entertainment and special appearances by Mirabel, the young hero from the film.

There’s much more to discover at Walt Disney World Resort and Disneyland Resort during Guests’ next visit. We look forward to seeing everyone – from every corner of the world – real soon!