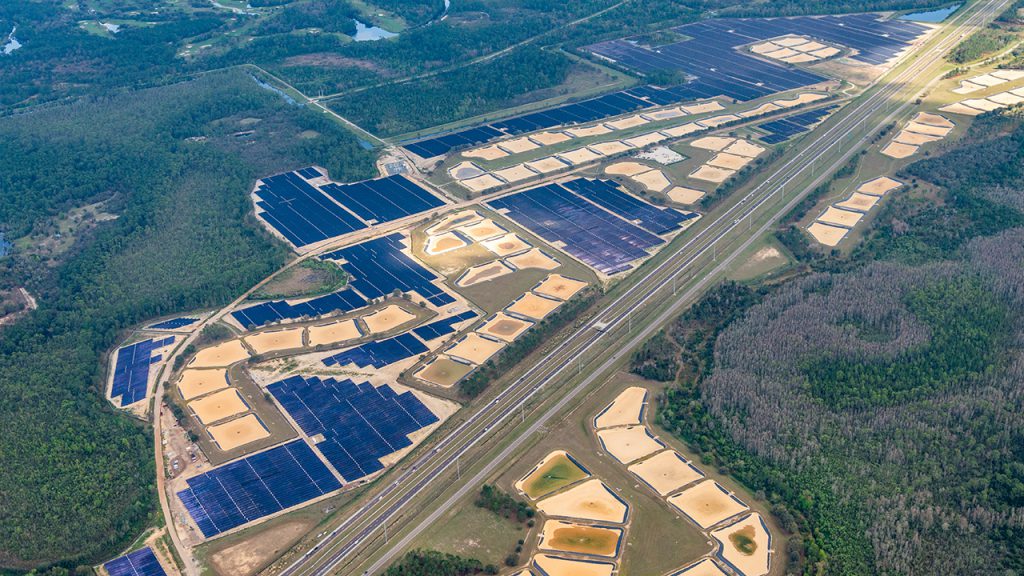 Earth Day is right around the corner, and at Walt Disney World® Resort, we’re celebrating by sharing a behind-the-scenes look at the brand new 270-acre, 50-megawatt solar facility that’s helping to power the magic!

Built in collaboration with the Reedy Creek Improvement District and solar developer Origis Energy USA, this facility is expected to generate enough renewable clean energy to operate two of Disney’s four theme parks in Central Florida annually, all while reducing greenhouse gas emissions by more than 50,000 tons per year. That’s equivalent to removing about 10,000 automobiles from the roads annually.

At the same time, the solar facility is providing an important habitat for native wildlife in Central Florida. A team of Disney environmental and horticulture experts collaborated to help make more than two-thirds of the facility pollinator friendly, with the goal of creating a nurturing and welcoming habitat for butterflies, bees and other insects, including endangered and at-risk species. This team is also managing and monitoring an experimental test garden at the facility. This research will help determine the ideal combination of native plants and soil for pollinators.

The effort to safeguard endangered pollinators aligns with the Disney Conservation Fund’songoing focus on saving wildlife, including butterflies.

This new facility represents the largest endeavor in solar energy to date for Disney’s global theme park operations. We hope you will be as inspired and amazed on your next Walt Disney World Resort visit as we are at what this new solar facility means for our community and planet.

At Disney Parks all around the world, every day is Earth Day, as we are making great strides toward our long-term goals of attaining net zero greenhouse gas emissions and zero waste, while conserving water resources and reversing the decline of wildlife around the globe.