What is Dapper Day? And Why Should You Go? by Marissa Smith

What is Dapper Day? And Why Should You Go?
Dapper Day Re-cap and Marissa’s view of then and now

By Marissa Smith of MarissaExplains.com

I’m sure you all have many questions about Dapper Day in the parks, and I’m here to hopefully shed some light on this amazing event. DAPPER DAY is an organization produced by founder and LA designer Justin J. First started in February of 2011, DAPPER DAY has taken over multiple Disney parks including Walt Disney World, Disneyland and Disneyland Paris. The day’s events celebrate refined style from all different eras of fashion. The idea is to create a place for vintage lovers alike to dress up for the parks instead of wearing their normal shorts and a sneakers looks.

I got to personally attend this past DAPPER DAY Spring outing at Walt Disney World with Small World Vacations, and I have to say I was blown away by the dedication fans and park go-ers had to dressing in theme. I mean, it was 90 degrees outside and everyone STILL was dressed to the nines. It really feels like you’re at the park opening walking around seeing men and women dressed straight out of the 1940’s and 1950’s. DAPPER DAY has expanded since 2011, and has produced amazing events on the Disney parks grounds as well. 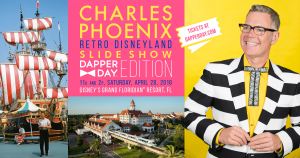 This past outing in Walt Disney World they arranged an amazing show with Charles Phoenix, a great DAPPER DAY expo where you could shop new and vintage pieces based on your favorite decades and even an outing at one of the Disney Springs restaurant’s The Edison to mingle with like minded people.

If you’re interested in checking out their next outings – you should!

Inspired by the amazing show Charles Phoenix put on at the DAPPER DAY Spring outing in Walt Disney World, I found some old Walt Disney World photos from my grandparents trip to the Magic Kingdom in the 1960’s and recreated some photos to create my own then vs now photo diary. 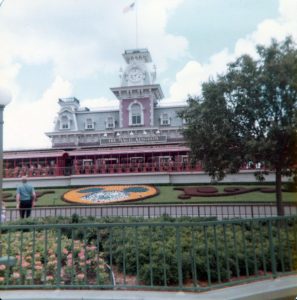 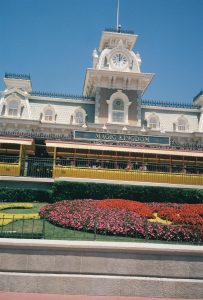 1.      Magic Kingdom Entrance: this is one of the many things about the Disney parks that I hope never changes. Although the flower arrangements have changed, the iconic TK train station will always overlook the entrance keeping that photo the same for hopefully, forever. 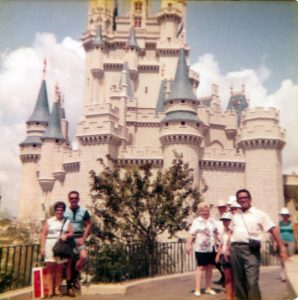 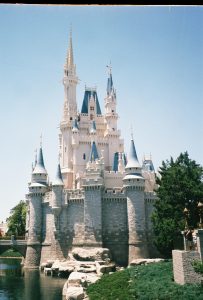 2.      Cinderella’s Castle: My grandparents posed on the side of the castle, as I’m sure back then the amount of people was basically the same as now, and getting a clear shot must have been hard. You can see people in their picture still! I managed to get a great shot of the castle from the side, with no other park go-ers in it. Another iconic staple that will never ever change. 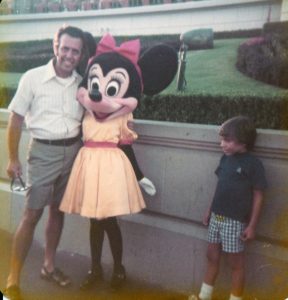 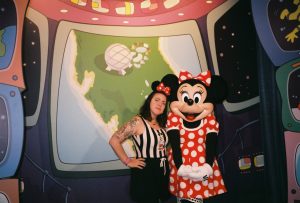 3. Minnie Mouse: Although, the staple of seeing Minnie Mouse at the parks will never change, she sure has. From her outfit, to how meeting a character is organized in the parks now, everything is different – but for the better. You can guarantee no one will be a photo-bomber, and you can guarantee you’ll meet Minnie Mouse thanks to the Walt Disney World app (track your favorite characters for where/when they’ll be out!).