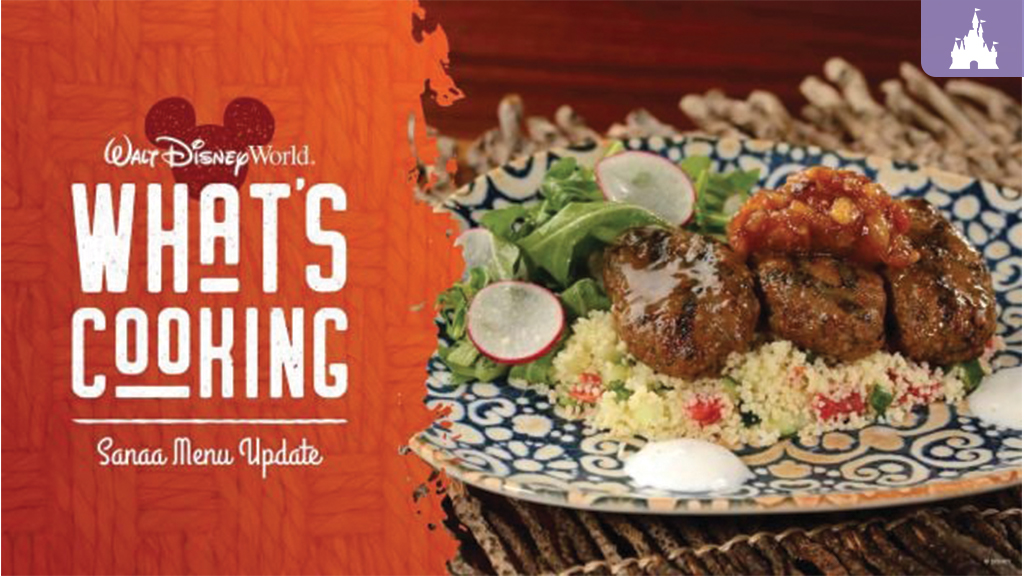 For Guests looking for delicious dishes that let them take a step into another culture, Sanaa at Disney’s Animal Kingdom Lodge is a must-try.  With offerings featuring African-inspired cuisine and techniques, this location boasts bold flavors meticulously crafted by its chefs.

Beginning today, these talented culinarians are serving up some exciting updates to their already tasty menu. Chef Sahib Bhatti has incorporated his roots from Tanzania on the Eastern Coast of Africa into these new and updated dishes filled with spices and ingredients found in the Indian subcontinent. And the signature Indian-style Bread Service is still there in its tasty glory for Guests to indulge in!

The start date of these offerings is noteworthy, as back in 2009, the opening team began training for their culinary adventure with Sanaa! Chef Sahib and his talented team are proud to uphold this culinary legacy by sharing their updated menu with enthusiastic fans as well as those who will experience Sanaa for the first time.

Without further ado, it’s time to find out what’s cooking in the kitchen over at Sanaa! 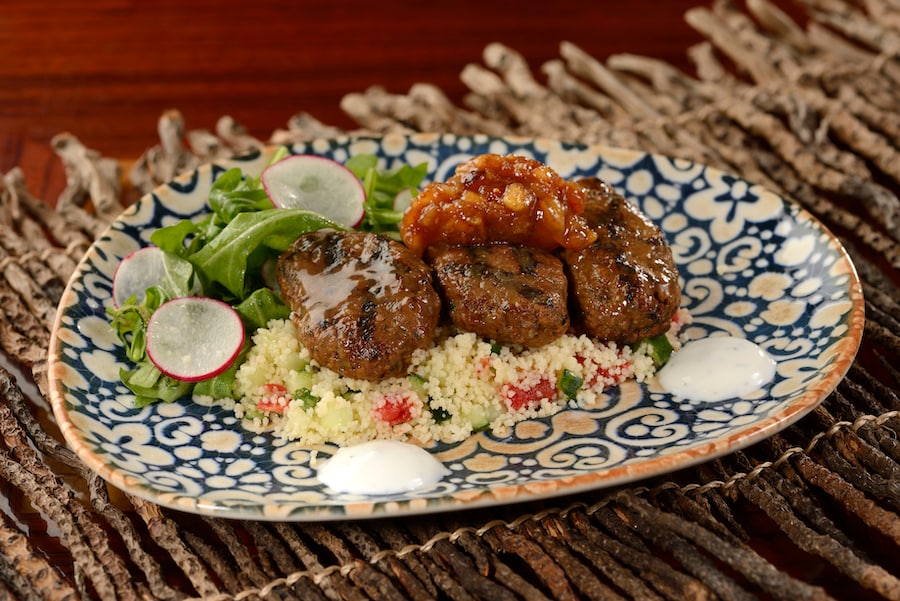 Let’s kick things off with an appetizer available for both lunch and dinner. First, we have the Lamb Kefta, a returning fan-favorite but now with a refreshing twist. Chef Sahib and his team have infused traditional North-African flavors with spices like cumin and cayenne pepper to this char-grilled ground lamb with Tunisian couscous salad and ginger pear chutney.

For an entrée, the Potjie-inspired Slow Cooked Dishes are made in a potjie, a traditional cast-iron pot that dates back to the Dutch during the spice trade. The popular Butter Chicken is here to stay, with Chef introducing authentic pork selection and multiple plant-based additions to this “Harvest.” The Pork Vindaloo has origins from Goa and features inspiration from Portuguese cuisine. This tender pork is cooked with paprika, garlic, tomato, vinegar, and a house-made spice blend – how delicious! The Lentil Daal is typically found in the Indian subcontinent and is made with yellow lentils and cooked in fragrant spices.

At Sanaa, Sukuma Wiki is delightfully enjoyed with rajma masala. The chef wanted to ensure this plant-based offering had a permanent place on the menu for guests to enjoy. The Rajma Masala is a dish from the Indian subcontinent that features red kidney beans and a delicious spice blend combined with onions, tomatoes, and garam masala and braised until tender. It is also known as maharage in Eastern Africa, which translates to red beans, and is typically served with greens.

Keeping on with the main course, our next two dishes are available to enjoy for both lunch and dinner. The Zanzibari Vegetable Curry is inspired by the island of Zanzibar, also known as “Spice Island.” This plant-based dish features seasonal vegetables, fragrant rice, and a mouthwatering blend of cloves, cinnamon, and black pepper. For those who are a fan of fish, the Samaki Wa Kupaka, which means “coated fish,” is quite a unique fish. Kingklip is commonly found along the Southern African coast. This moist, white fish joins the menu as a part of sustainable seafood initiatives and is absolutely delicious with a marinade of traditional Swahili cuisine, mango and turmeric, and topped with a tangy tamarind-infused coconut gravy.

We are happy to share some offerings that are only available as the sun sets on the savanna. The fall-off-the-bone Pork Shank goes through a long braise process with flavors of cloves, nutmeg, and allspice before making it to each plate and is paired with one of the Chef’s comfort foods – black-eye peas simmered in a chermoula herb blend.

The Grilled New York Strip has been on the menu before, but never like this! As Guests take a bite of these decadent flavors, they’ll be transported to Eastern Africa with this version of “meat and potatoes.” The strip is perfectly paired with mukimo made with green peas, corn, and spinach, as well as harvest vegetables, herb emulsion, and fig sauce.

(Note: All offerings are subject to change.)