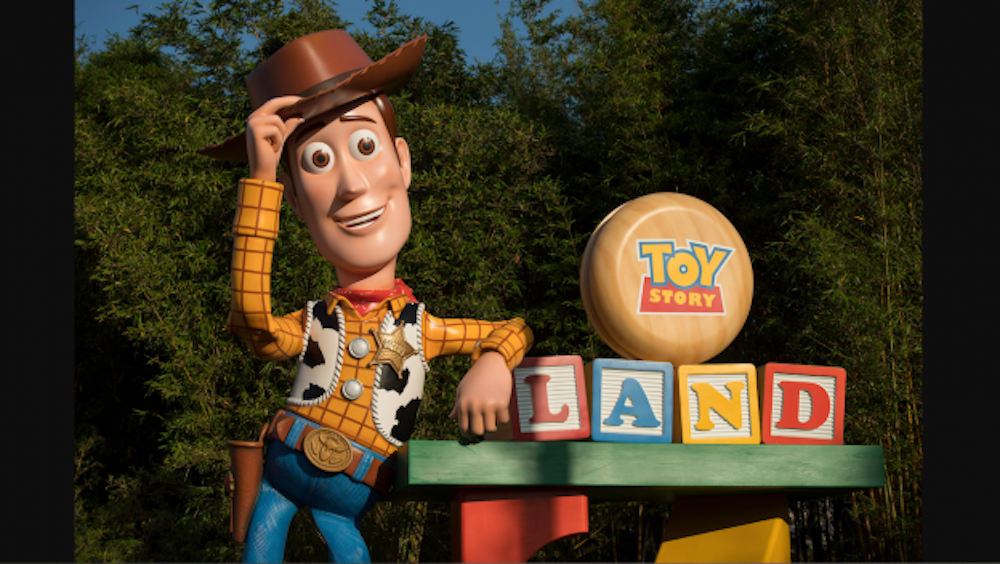 Toy Story Land is nearing completion at Disney’s Hollywood Studios® at Walt Disney World® Resort – and recently, our Imagineers celebrated a new milestone as they welcomed the “rootinest, tootinest cowboy around” – Woody, that is – to his permanent place in the land.

Standing nearly 20 feet tall, Woody will appear as a part of the new Toy Story Land marquee, which sits just in front of one of the land’s most anticipated attractions, the Slinky Dog Dash coaster. He’s tipping his hat (which measures 7’ feet, brim to brim!), next to the marquee, which is made out of blocks and a 4-foot-tall yo-yo – just a few of the many toys that make up Toy Story Land.

When Toy Story Land debuts on June 30, 2018, you will “shrink” to the size of a toy and join in on the fun Woody, Jessie, Buzz, and Andy’s other beloved toys are having in Andy’s backyard. Here, you can ride Slinky Dog Dash, a roller coaster Andy has assembled from his Mega Coaster Play Kit, take a spin on Alien Swirling Saucers, walk through a new carnival game box to experience Toy Story Mania!, grab a tasty snack at Woody’s Lunchbox – and meet some of the characters from “Toy Story” films!

Stay tuned for more details about the opening of this exciting new land at Disney’s Hollywood Studios!