Adventure by Disney to Germany by Agent Leigh Part 3 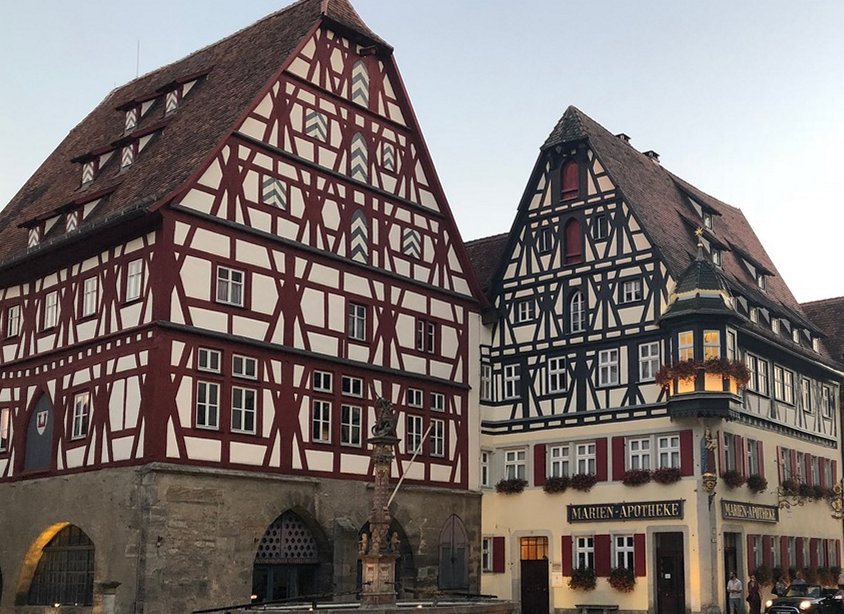 Did I mention Germany was in the midst of a record heatwave?  I know I haven’t mentioned till now that the Hotel Eisenhut itself is not air conditioned and very much embodies the phrase “Old World Charm”.  Arriving here was exactly like traveling back to “the olden days” except I was young when I used that phrase.  Yes, I knew this ahead of time.No, I was still not prepared for it.  Germany? Heat wave?   Is this a bad thing? I don’t believe so. 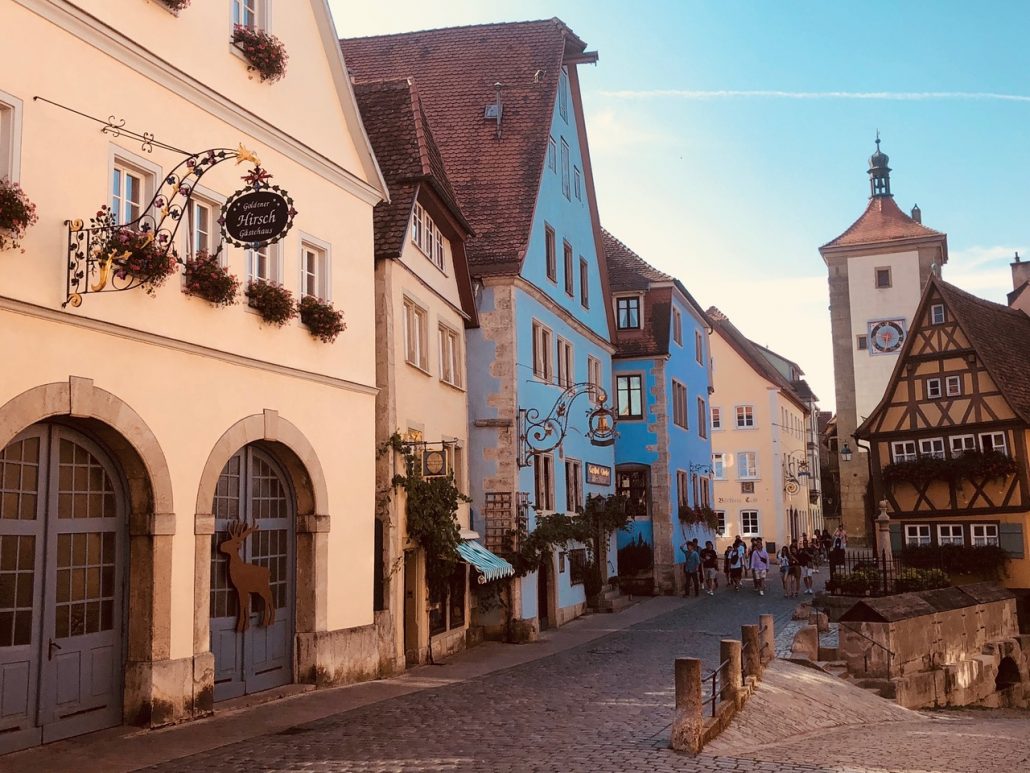 Adventures By Disney is looking to give you a truly authentic and unique experience and this portion delivered; you are staying in what was once 16th century mansions of some of the wealthiest families of their time. We loved Rothenberg. 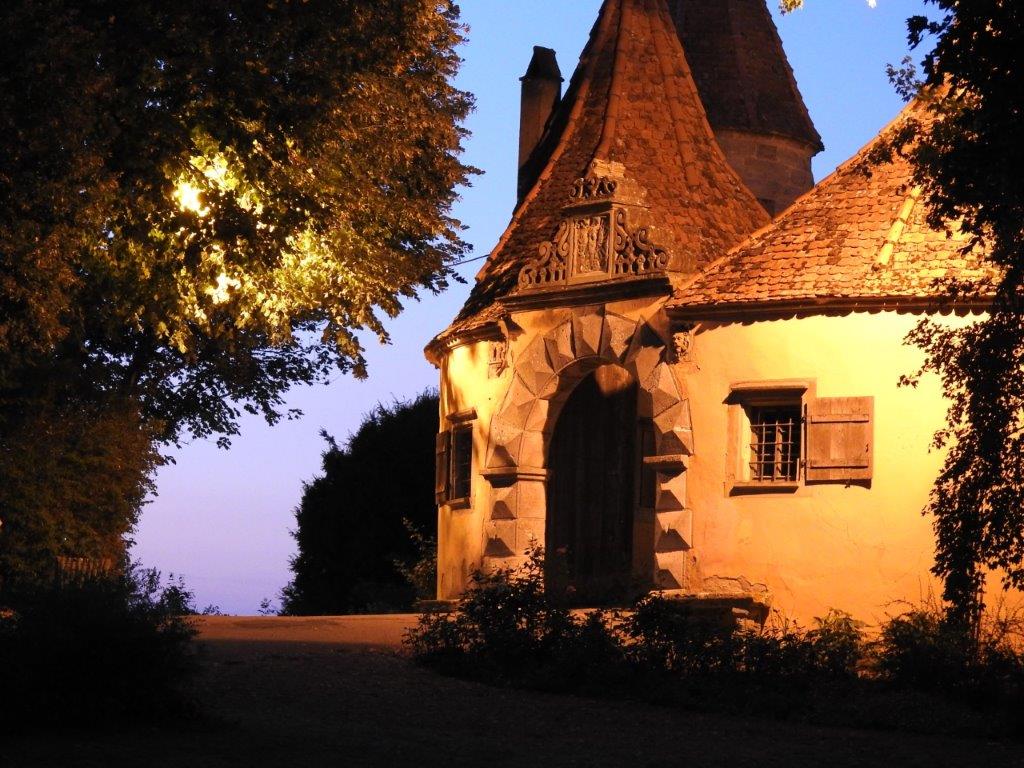 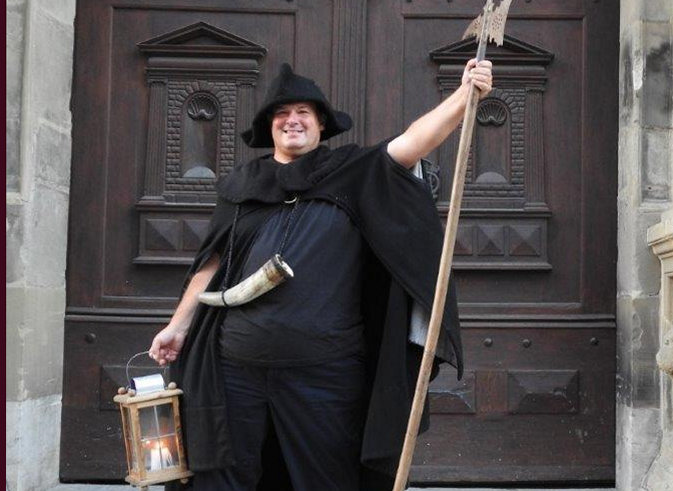 From our Nights Watchman tour to making pretzels to discovering Schneeballs 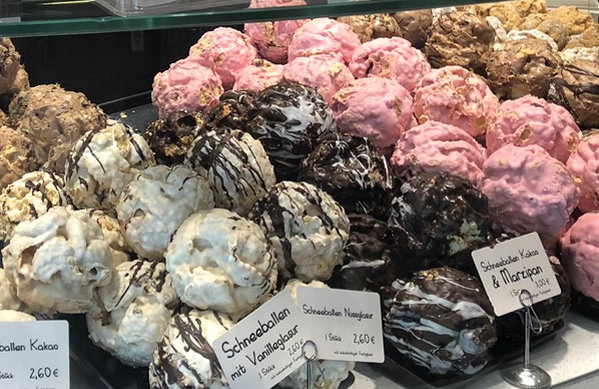 (a treat with its founding in Rothenburg , Schneeballs are dried piecrusts formed into a ball and covered in all sorts of toppings from powdered sugar to chocolate and other flavors) there is nothing I would change…except adding some form of (cooled) air conditioning. Truth be told I’m very much into taking my family back and doing this particular Adventure again, with or without air conditioning! (I think I might prefer without then…just to give them a dose of the “olden times”) Fun fact: One of the best Italian meals I’ve ever had was in a restaurant in Rothenberg called Michaelangelo’s

Leaving Rothenberg and its old world charm behind, we headed by train (with a quick stop in Bamberg) to Berlin, one of the most modernized cities in the world. 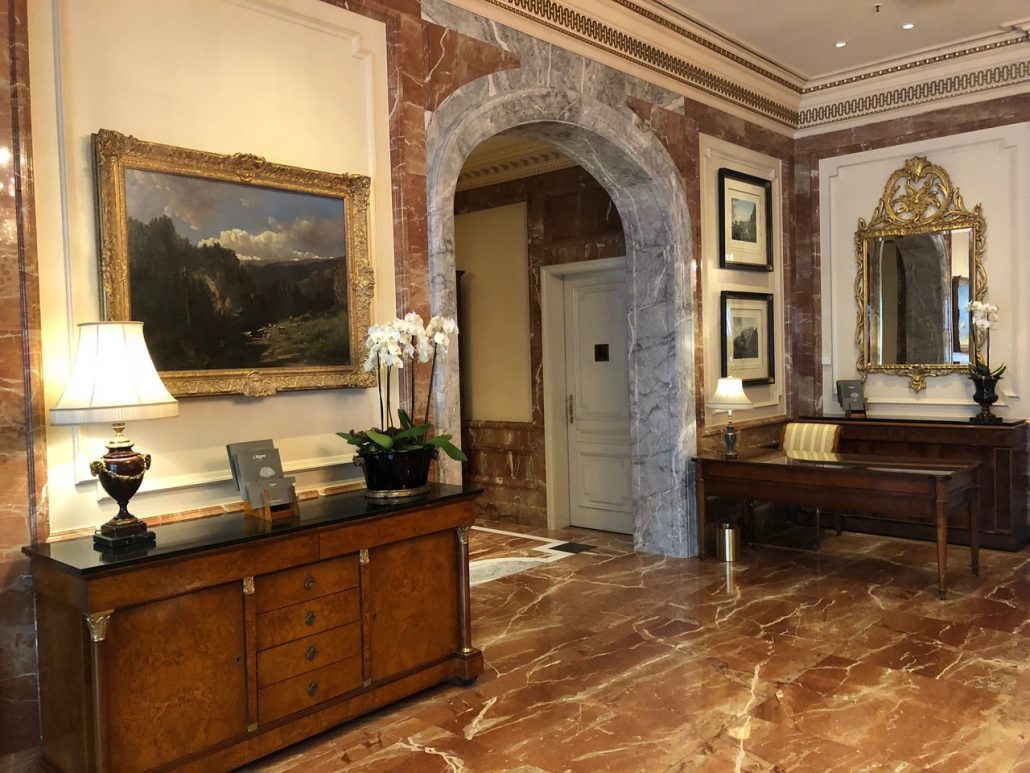 Our Hotel for these last few nights would be the Regent Berlin, another 5 Star hotel and absolutely stunning. Again, all the amenities you would expect of a 5-star property.

Agent Tip #6  – Be aware when traveling in Europe what the power requirements are as well as the voltage/ wattage of your devices require and that you have the appropriate plugs and converters if needed. One person who shall not be named (ok me) was so excited to get to the Regent Berlin and plug in her curling iron she forgot this tip… only to hear it make a never before heard sound whereupon it decided its adventure had come to an end. The unnamed person clearly did not read the label on the device and as a result had to buy a new one upon return home.

Berlin is a blend of both the past and the present. It’s very modernized in its city like atmosphere with modern day architecture and conveniences but it doesn’t forget its roots in history 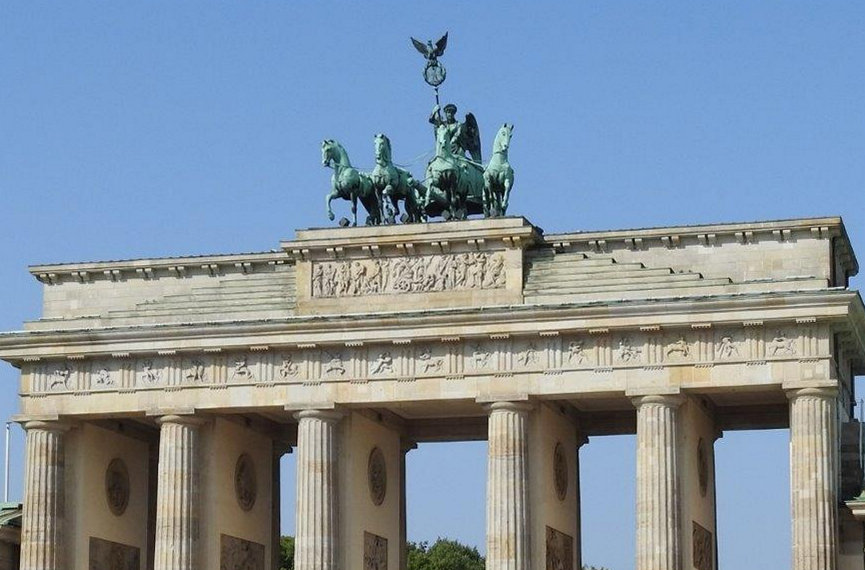 Our first full day began with a walking/riding tour of Berlin  first stopping as the Brandenburg Gate, a historical  location symbolizing the division of Germany into East and West and was a part of the Berlin wall 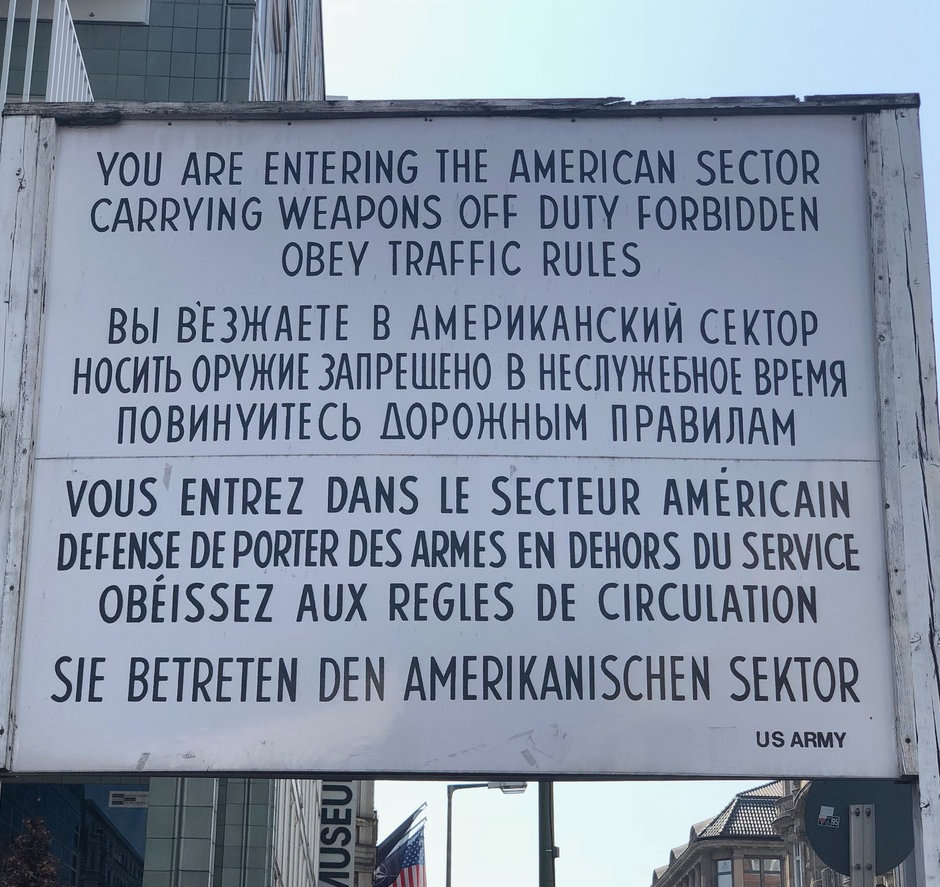 We toured several historical locations including the Holocaust Memorial, and Checkpoint Charlie, which is the most well-known Berlin Wall crossing point during the Cold war 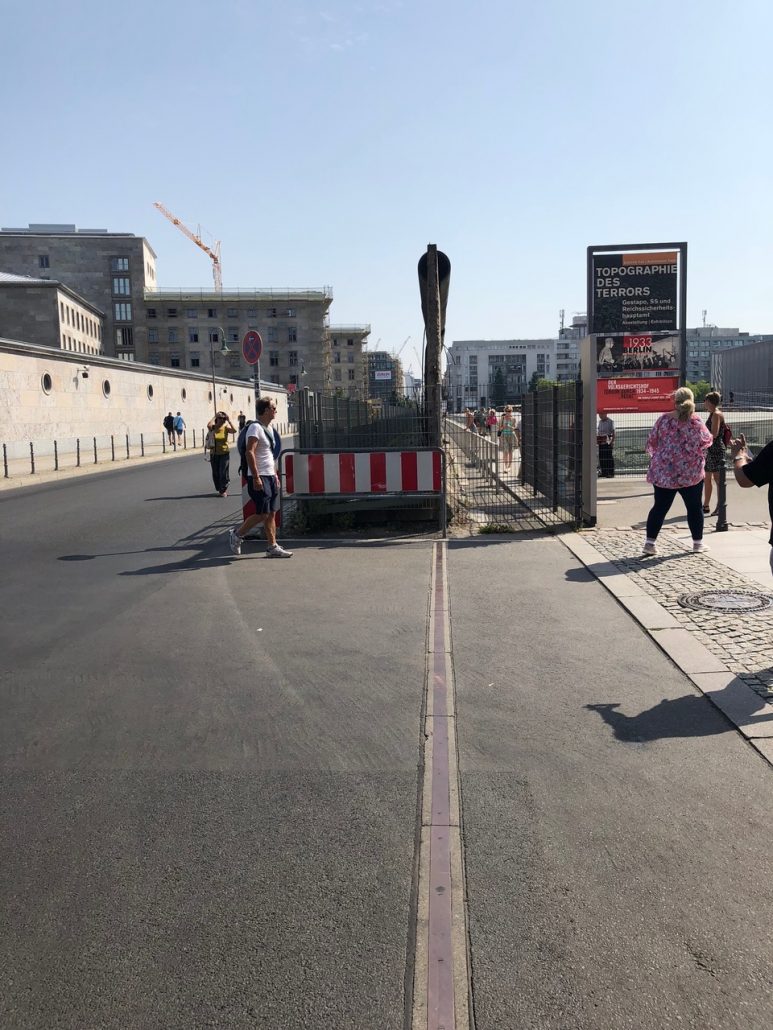 Berlin, historically will always be most known for “The Wall” It is memorialized throughout Berlin for not only dividing Berlin itself but dividing Germany into East and West. The wall stood from 1961 till 1989. The west side of the wall is covered in graffiti, whereas the East side is bare symbolizing the stark differences of the two sides during the Cold War. 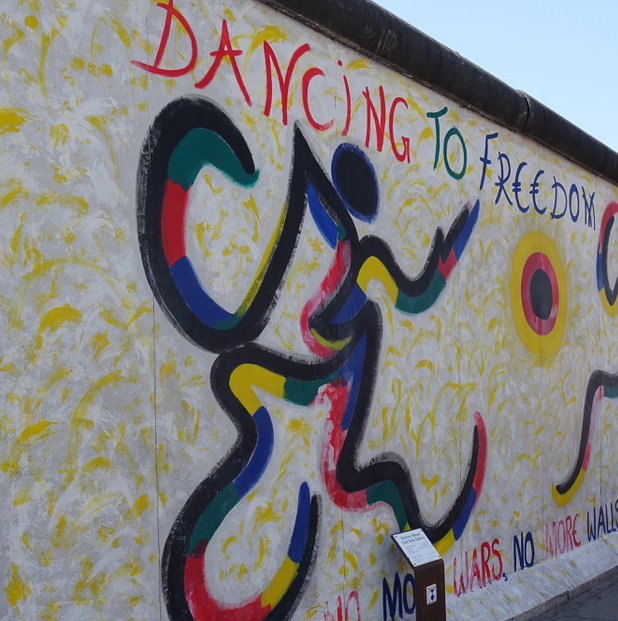 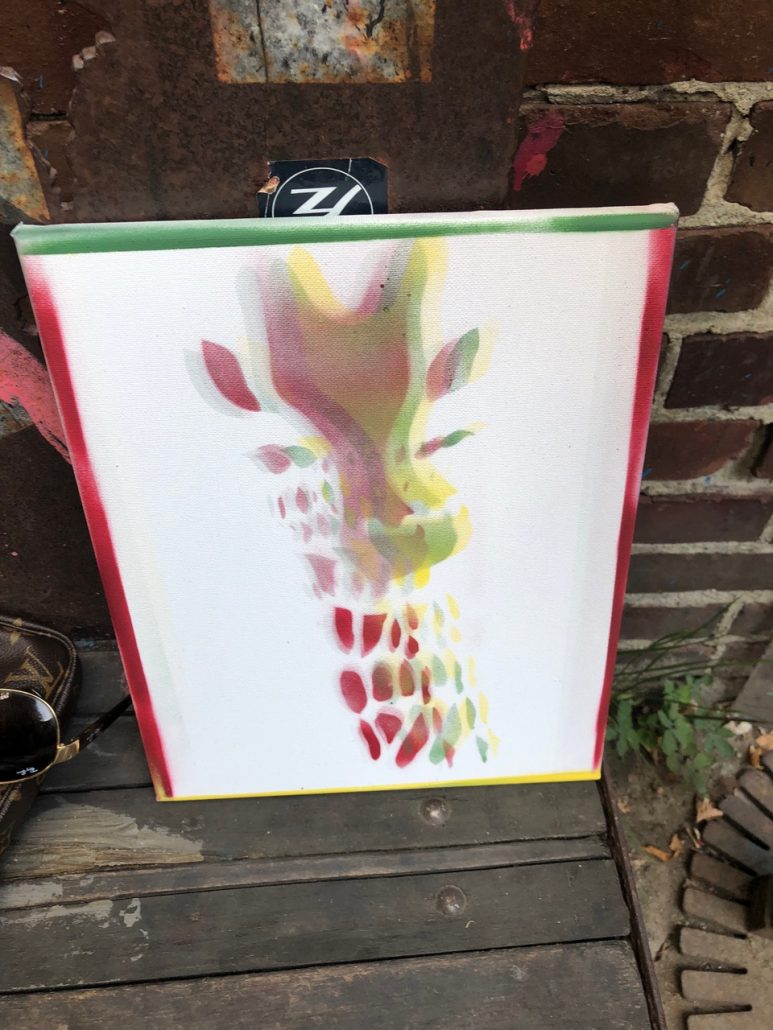 To Germans, graffiti signifies a form of social progress and we were able to create our own “graffiti” art, well supervised of course.

Our last day was spent among a number of activities. Some adventurers opted for a bike ride along the wall, some went to the museums that were within walking distance, while others spent the day shopping and buying those last-minute souvenirs.

Agent Tip #7 – Over the weight limit baggage fees are similar to the price to check a second bag. Trust me, bring and check the second bag, you’ll need the room!

Our Adventure ended with dinner and dancing at Clarchens Balhaus, famous for its dance classes during dinner and fortunately no pictures were taken of that time!

We cannot wait to travel again and have already been trying to decide what our next Adventure will be, but wherever it may be it will be with Adventures By Disney!

Adventure by Disney to Germany by Agent, Leigh – Part One

Adventures by Disney to Germany by Agent, Leigh – Part Two

Adventures by Disney to Germany by Agent, Leigh – Part Three

Agent Leigh is happy to help you with your own Adventure by Disney. Contact her for assistance at Leigh@smallworldvacations.com

Her travel companion was Small World Vacations’ agent Jo. You can contact her at Jo@smallworldvacations.com